by Mario Bellini, from Flos 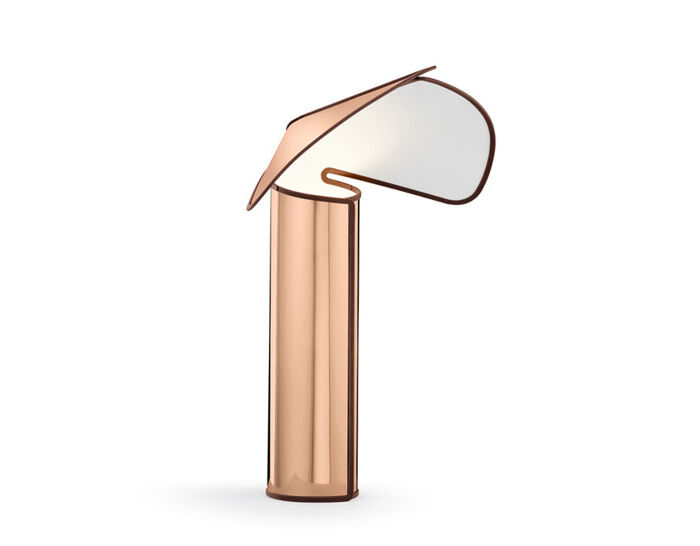 The Chiara lamp, designed by Mario Bellini for Flos in 1969, is an iconic design formed from a simple sheet of polished stainless steel that has been cut and rolled into a cylinder. This origami-like structure hides a lighting source - updated to LED in this re-edition - placed on the floor. The light it provides is reflected and diffused by a large 'hat,' which resembles a nun's wimple and veil.

The re-edition of Chiara uses cutting-edge technology and comprises 2 models: the classic floor lamp in stainless steel with black edges and a new smaller table model in a variety of finishes - aluminum with anthracite edges, dark grey with olive green edges, and pink gold with red edges.