by Bros Bouroullec, from Magis 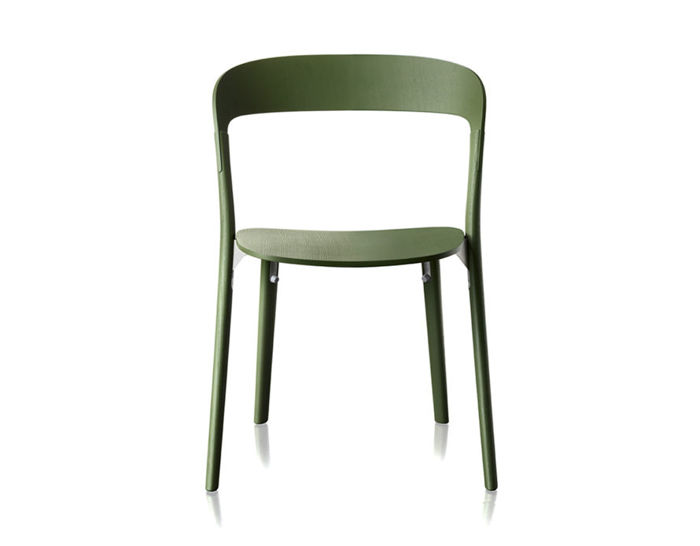 With Pila, the Bouroullec brothers' intention was to design a chair that would be brought down to its minimum, using the least quantity of material and assembling items. The plywood seat and back parts of the chair are supported by four very thin sticks in solid wood which are maintained together by a structure in injected aluminum that is almost invisible. The back of the chair, like the blade of a knife, subtly comes into the main frame while guaranteeing high support resistance. They wanted this chair to be as light as possible, to almost float in the space as if it would stay on its feet by magic.