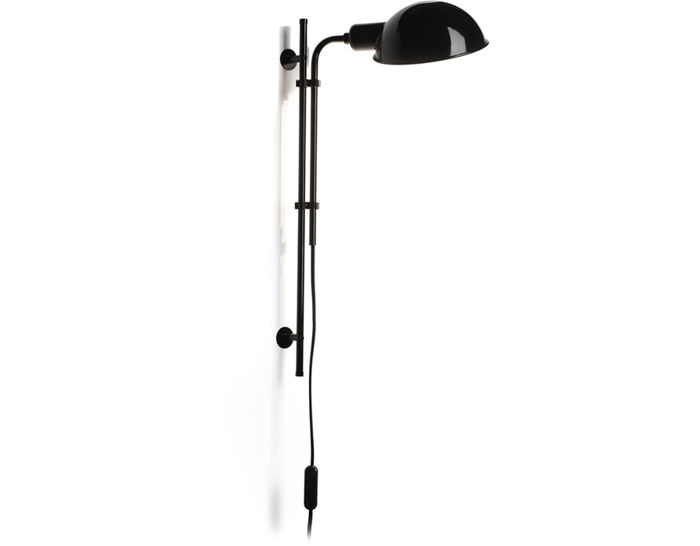 Throughout his career as a designer, Lluis Porqueras has always sought an absolute simplicity in his designs, doing away with everything superfluous to leave the essence of the useful, simple object. The Funiculí is the epitome of that concept; 30 years after it first appeared, it is still cutting-edge.

While the standard Funiculí was updated last year, the collection has also been extended to incorporate a table version, which retains the purity of the fixture's style and its original attributes. Using the same double-clip mechanism of the original, this scaled-down model allows easy height adjustment and 360° shade rotation to fit the needs of any room or user. The base of the table model has been fitted with a black rubber sleeve to prevent cold-contact between the metal and the table, and to impart additional stability. All versions of the Funiculí are available in black, off-white and moss grey.
read more...
$393.00
more information