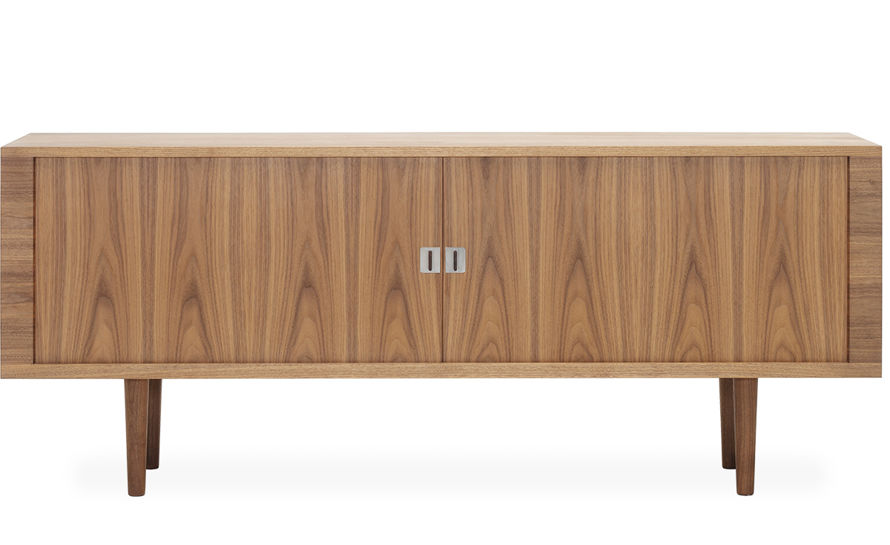 Hans Wegner's Credenza from 1958 is based on his original drawings and was originally one of a series of three credenzas. Although it looks simple, the credenza features an advanced design with roller shutter doors (tambour), requiring double sides and rear panel, between which the roller shutters run on a track and disappear when opened.

Hans J. Wegner is one of the architects and designers who made Danish Design world famous. Wegner inscribes his name in the history of design first and foremost via a range of tables and chairs which are without predecessors in furniture design, yet stand in their own right as the most natural thing in the world, inevitable like new letters in the alphabet.
read more...
$12,975.00
more information