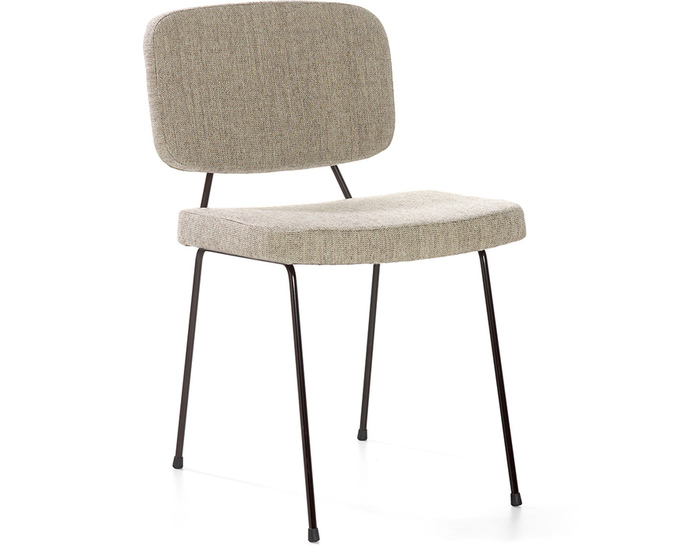 The art of simplicity. A good, old-fashioned chair designed by the late Pierre Paulin. Previously in the collection of Thonet France, it now completes the Artifort collection. The design of the Moulin dates from Pierre Paulin's early years and was conceived on the Rue Jean Moulin. The design is modest with a slim frame and an upholstered back and seat. Simple and without frills. Perfect for the breakfast table or work table. Available as armchair or side chair.

Moulin is offered in your choice of a variety of frame colors and upholstery options with black plastic glides. Moulin is not stackable.
read more...
$987.00
more information