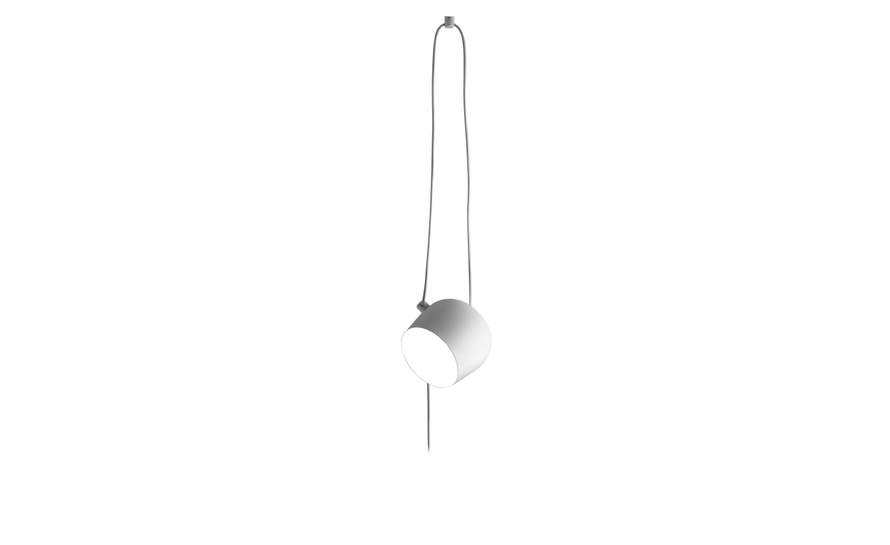 The general idea behind the Aim design was to produce a lamp that would offer an infinite variety of adjustments to meet one's lighting needs. The Bouroullec brothers came up with a new typology of lamp that naturally positions itself in the space - like a plant would do - thanks to the long cables which facilitate the orientation and the height of the light freely.

Aim features a varnished aluminum sheet body with a photo-etched optical polycarbonate shade. The internal reflector is photo-etched ABS. The cable is 354" long and thus the lamp can be suspended 118" from the ceiling. Aim is offered as a hard-wired fixture. The canopy can be specified for single lamp attachment or a canopy to string 2-5 lights.
read more...
$725.00
more information