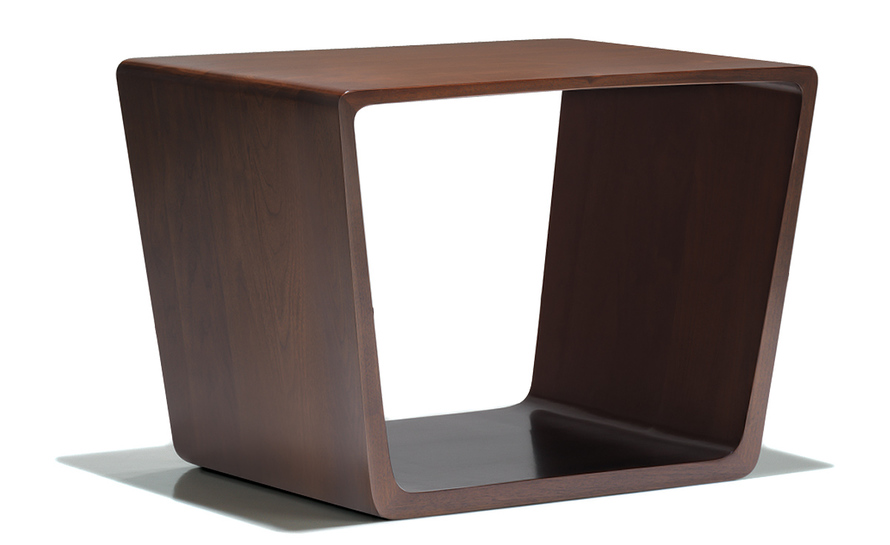 As much about what has been carved away as what remains, the Linc table is a balance between openness and the mass left behind. Composed of a seemingly continuous wood loop, Linc is the perfect graphical element for a room, where you can rest a cocktail or your feet after a long day.

Born in Lexington, Kentucky, Chase Wills spent his early childhood watching his father and uncle remodel classic sports cars. Later as an adolescent he helped his father build contemporary pieces for their family home. It was in these formative years that his appreciation of form and the passion for furniture were explored and developed. After enrolling in the College of Architecture at the University of Nebraska and subsequent service as a combat medic in the U.S. Army, Wills entered the hospitality industry as a sommelier with Four Seasons Hotels and Resorts. Wills enrolled in Art Center College of Design after his passion for environmental and spatial design was reignited following a visit to the design gallery with his brother. Now as a graduate of Art Center, Wills uses his years of hospitality experience in designing restaurant and lounge concepts that are as functional and enjoyable for staff as they are for guests.