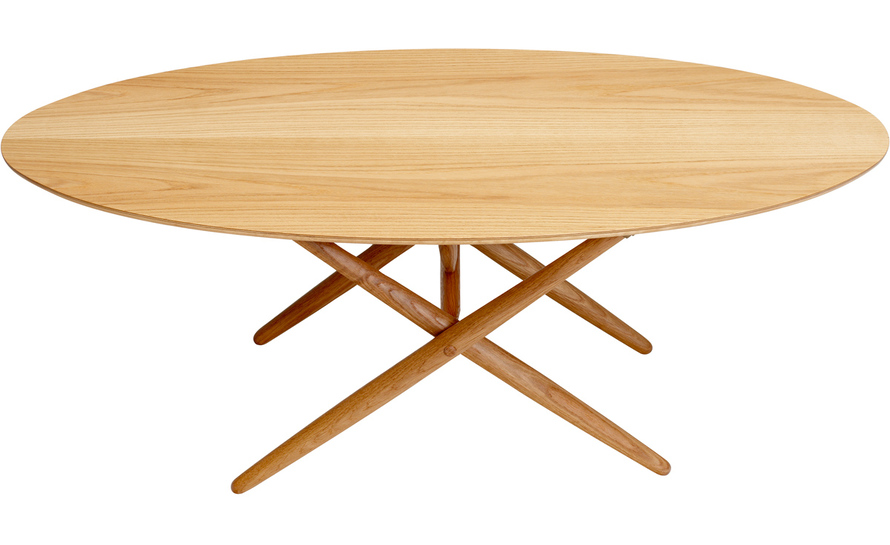 Tapiovaara was a great admirer of Alvar Aalto's work and wanted to create products based on the same ideological premises. He embraced the principle of social equality of functionalism, and felt that architecture was the starting point of his design work.

The slim tapered legs of Ovalette and Domino (rectangular version) coffee tables are a hint of their true Scandinavian design. A style that, even today, fits well into any space. Ovalette features a solid birch top with surface veneers and a solid wood frame. Offered in either walnut or oak.

llmari Tapiovaara was one of the greatest interior architects and designers of his era. With the mind of an explorer and a soul of a craftsman, Tapiovaara was always seeking for new solutions to improve everyday objects. During his long career Tapiovaara created dozens of iconic objects loved by the public. He was revered as a master of characteristic and human objects and surroundings who captured the essence of Finnish identity. Ilmari Tapiovaara was awarded a total of six gold medals at the Milan Triennials as well as many other important awards throughout his career.
read more...
$4,800.00
more information