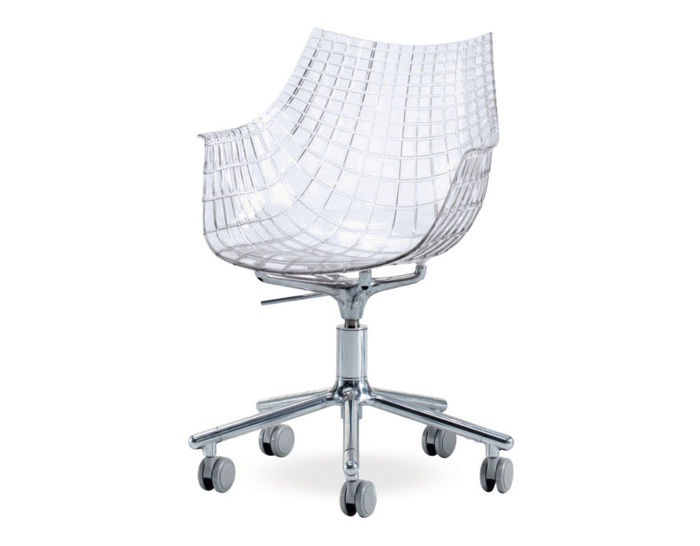 Meridiana task chair features a polished, height adjustable die-cast aluminum frame with a polycarbonate shell. The transparent shell is offered with either a four-star fixed base or five-star base on soft casters and available in a choice of three colors.

Christophe Pillet graduated from the Academy of Decorative Arts in Nice in 1985. A year later took a post-graduate course at the Domus Academy in Milan. From 1986 to 1988 he worked with Martine Bedin in Milan, and from 1988 to 1993 with Philippe Starck in Paris. Since May 1993 he has been working as an independent designer. His work ranges from furniture to product design, from interior design to architecture and exhibit design. He works with different design companies. Nominated Creator of the Year in 1995, he has exhibited his works at the Georges Pompidou Center in Paris, at the Museum of Decorative Arts in Lucerne and at many other prestige venues.
read more...
$750.00
more information