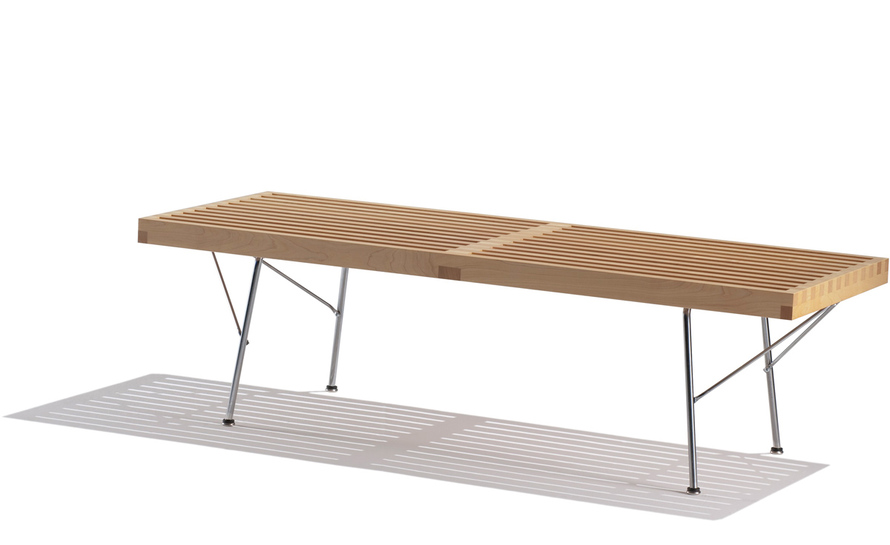 Introduced in 1946 the Nelson platform bench was part of George Nelson's first collection for Herman Miller and still stands as a benchmark of modern design. Like much of Nelson's work, the platform bench has clean, rectilinear lines, reflecting his architectural background and his insistence on what he calls "honest" design--that is, making an honest visual statement about an object's purpose.

The 1955 Herman Miller catalog states that the bench "has proved to be one of the most flexible and useful units in the collection." The wood base bench was reintroduced in 1994.

With the creation of many landmark designs and recipient to numerous prestigous awards, George Nelson was and is one of the most influential figures of modern design.