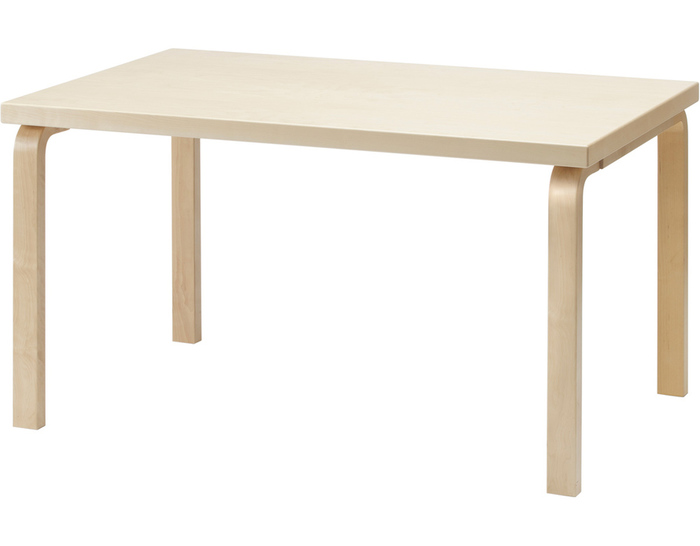 Aalto invented a process for bending thick layers of birch into graceful yet strong frames for a number of products including Table 82. The framework consists of laminated birch wood and is topped by a 2" piece of birch with various finish options. Table 82 serves as a distinctive addition to any room or hospitality area.