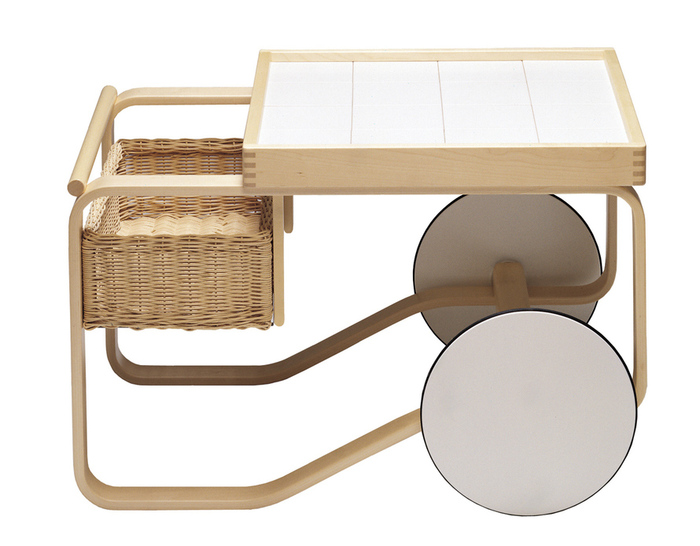 Aalto invented a process for bending thick layers of birch into gracefully curved loops to create strong, light frames for a number of products, including his famous tea trolleys. For easy movement, these charming and highly functional pieces have large white wheels with black rubber tread that won't mar floors. The handle and edge banding are solid birch. The Tea trolleys serve as highly functional and distinctive additions to a dining room or hospitality area. Introduced at the 1937 Paris World's Fair, they are in the permanent collection of the Museum of Modern Art.