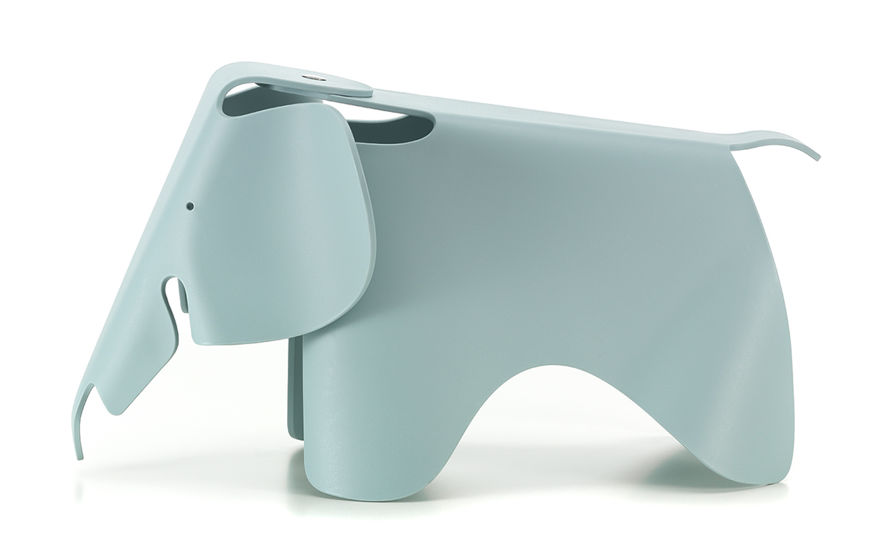 Almost no other animal enjoys such popularity as the elephant. Admired for its majestic size and loved for its proverbial good-humor, it is part of our everyday experience as a child's cuddly toy, a storybook character and a majestic creature. Charles and Ray Eames also succumbed to their charms and in 1945 designed a toy elephant made of plywood. However, it never made it into mass production. The Eames elephant is now available for the first time in a plastic version for those it was originally intended for: children. Whether as a toy (also for outdoor use) or as an item for children's bedrooms, this friendly-looking animal with its distinctive, huge floppy ears should make the heart of many a child (and parent) beat just a little bit faster.

Charles and Ray Eames were fascinated by elephants. Many images of these gentle giants are found in Charles' photographic documentations of Indian culture and the circus world. The Eames Elephant was designed as a toy for children, but also as a striking sculptural object that makes a statement in any environment with its vigorous curves and delightful character. There is a playful charm in the way that the Eames' used juvenile motifs to create a vibrant, cheerful idiom that appeals to adults as well as children.

The Eames Elephant is also available in plywood, as well as in a scaled-down version, Eames Elephant (small), which comes in a variety of colors and is also made of plastic.