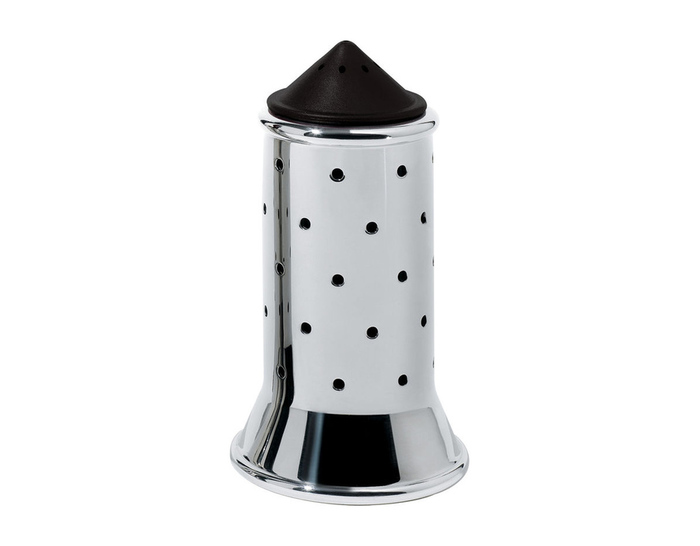 The salt & pepper set references a small collection of objects that are a common addition to households around the world and generally enjoy a permanent place on the family table for daily meals. Enjoy the interpretation of these objects by Michael Graves for Alessi. Matching pepper grinder also offered.

Michael Graves came to the limelight in the international architectural scene during the 1960's as part of the group known as the 'New York Five'. From the mid 1970's, having abandoned his interest in the origins of the Modern Movement, he started developing a highly personal eclecticism based on the ironic reinterpretation of the shapes of traditional architecture and on the emphatic use of colors, thus becoming one of the top exponents of the post modern movement.
read more...
$95.00
more information