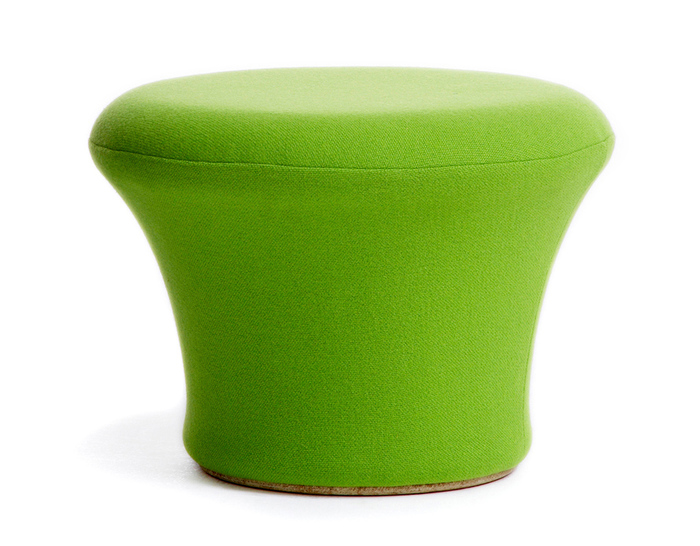 First there was the Mushroom - one of Paulin's best known designs. A design that is included in the collection of the Museum of Modern Art in New York. After that came the Mushroom pouffe - an equally celebrated design that featured in all the magazines. And one that has now re-entered production. A uniquely comfortable and aesthetically pleasing seating experience.

Pierre Paulin studied stone carving and clay modeling at the Ecole Camondo in Paris in the early fifties where he began designing furniture for Thonet. In 1958, he became the designer for Artifort where he created a series of sculptural chairs with an inner structure of steel tubing, covered in foam and fabric. In 1968, Paulin collaborated with Le Mobilier National and received many important government commissions including furniture and interiors for the Elysee Palace in Paris. He also designed home appliances.
read more...
$774.00
more information