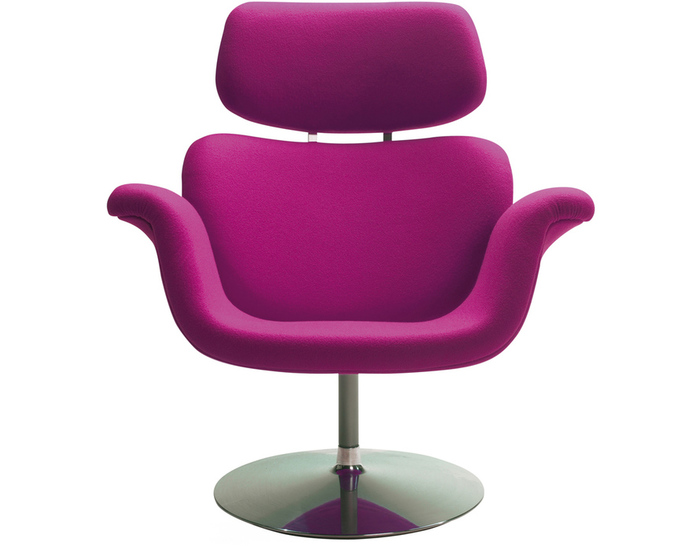 As if Pierre Paulin had premonitions of Flower Power, the simple Tulip spreads its half-open petals around the sitter, inviting and warming at the same time. The Tulip is stately with a high back, which is an eminently comfortable armchair. With its matching footstool, it makes a strong and yet exceptionally comfortable combination. Disc base is delivered standard with a felt ring at the underside.

Restored to its place of honor - the Tulip chair has been reintroduced with its original cross-base. Having once fallen from favor due to the arrival of the swivelling disk base, it can now be admired in all its original glory. The polished stainless steel metal-strip cross-base looks lighter and airier than the polished aluminum disk base and gives the Tulip an elegant twist. Cross-base does not swivel and is offered in polished stainless steel. The disc base can be specified with or without swivel option. It is offered in polished aluminum with a chrome back and tube or base in powder-coat color.
read more...
$4,290.00
more information