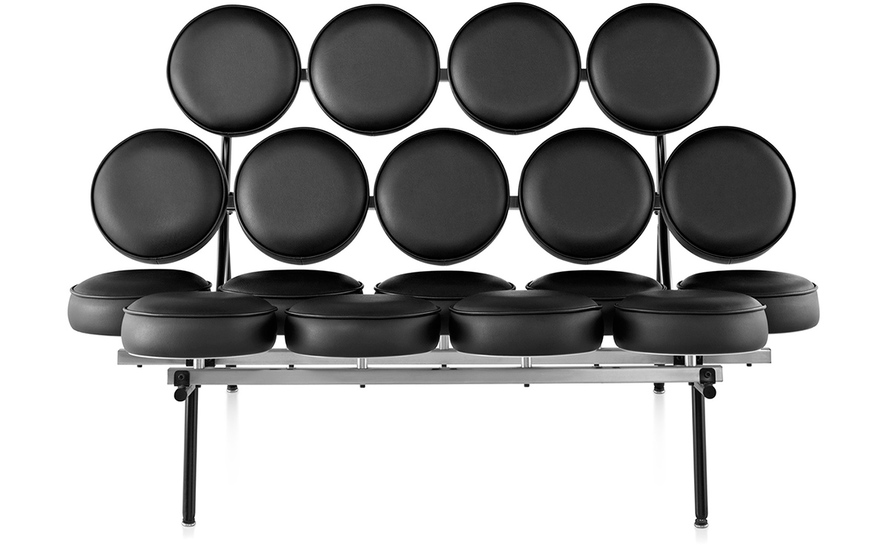 When the Marshmallow sofa was introduced in 1956, the Herman Miller catalog described it as "The first of a series of pieces embodying a new concept in soft seating. We feel that it has possible use not only in the home, but in contract use for lobbies in public buildings where the very fact that it is unusual will be a plus."

The catalog also said, "Despite its astonishing appearance, this piece is very comfortable."

The playful Marshmallow sofa is a landmark of modern design that's still turning heads and making people smile. The 18, round cushions can be all the same color or in multiple colors for the right look in a private office, lobby, lounge, living room, or den.
read more...
$5,285.00
more information