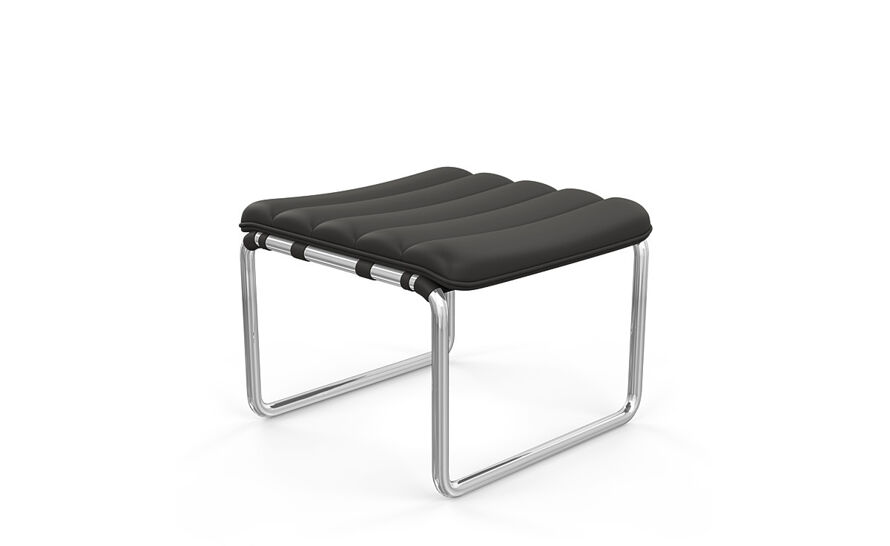 The frame is seamless tubular steel with a polished chrome finish. Upholstery straps are sandwiched to belting thickness on both front and back, with sides stained to match. The MR stool contains 4 belting support straps. The leather is crafted in a series of quilted and seamed cushion sections. The cushions are attached via leather strips which wrap around the belting support straps and are secured with snap buttons. Glides included.
read more...
$2,553.00
more information