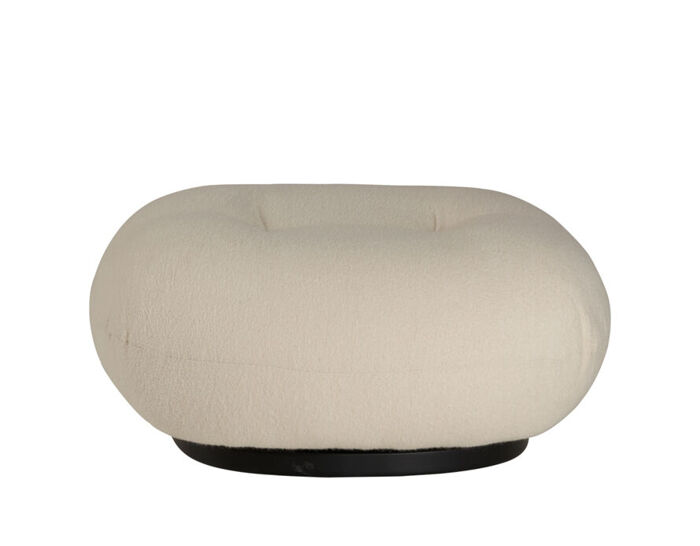 Achieving such a rounded organic form with cut foam and then upholstering it smoothly requires a special sewing technique and results in a highly crafted piece of furniture. The structured softness of the Pacha Collection rewards the sitter with relaxation akin to sitting on the clouds that inspired it. The Ottoman started out as a footstool but is so comfortable that it can be used as a seat in its own right.

Curvaceous, soft and low-slung, the Pacha Ottoman is a perfect companion to the Pacha Lounge Chair and Sofa. It can also be enjoyed as a comfortable and informal seat in its own right.

The Pacha Lounge collection works as part of living space seating combinations or to create a cozy corner in combination with the Pacha Ottoman. The modular option offers endless combinations: The added armrest provides even more support, allowing one to lean with ease to either side. There is also a choice between a fixed or swiveling base.
read more...
$1,999.00
more information