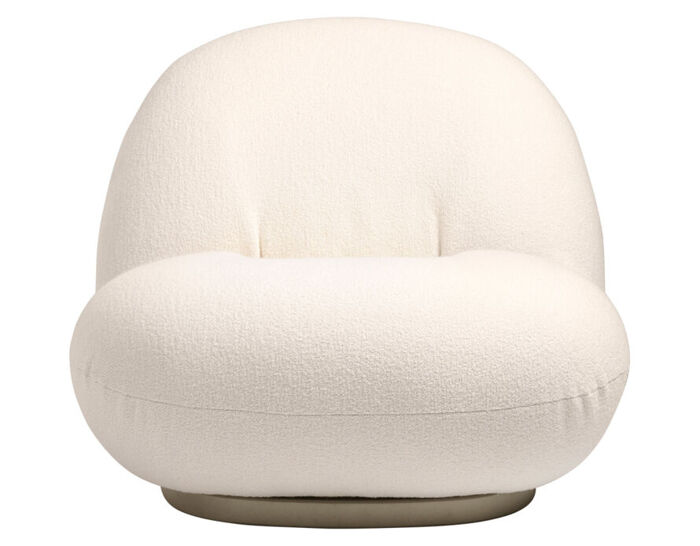 The Pacha Lounge Chair is small yet very comfortable. Taking up very little floor space, the Pacha Collection can be mixed and matched in different combinations to suit the size of the interior space.

The Pacha Lounge Chair works as part of living space seating combinations or to create a cozy corner in combination with the Pacha Ottoman. The modular option offers endless combinations: The added armrest provides even more support, allowing one to lean with ease to either side. There is also a choice between a fixed or swiveling base.
read more...
$2,799.00
more information