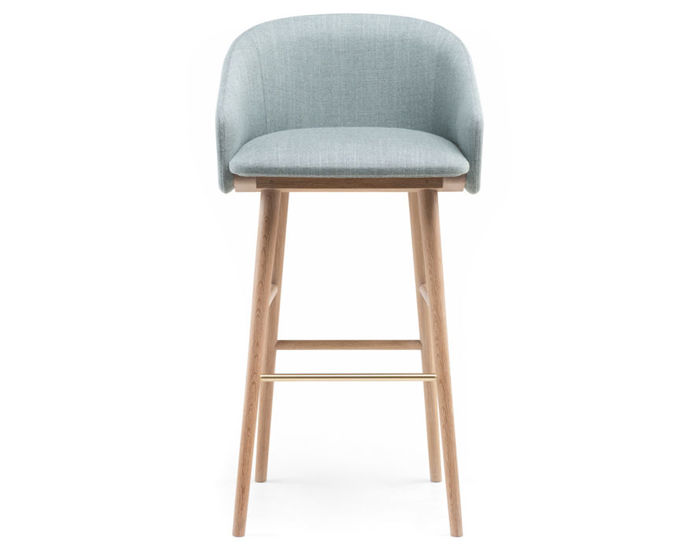 Saia is a family of upholstered shell seating for residential or contract use. The upholstery was designed to be made in two parts to create visual levity and to allow the seating to be upholstered in a single material or a combination of two. The proportions were carefully considered for ergonomics, beauty, and performance in a variety of environments.