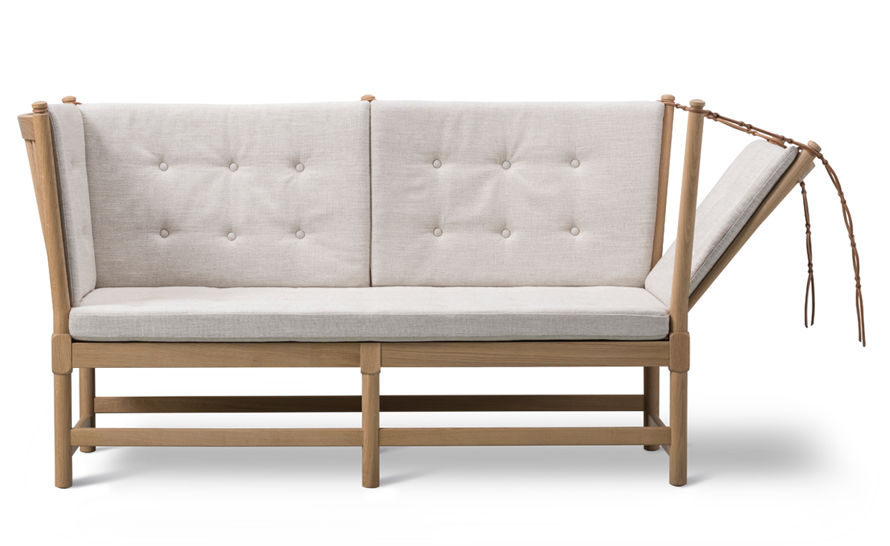 "My goal is to create items that serve people and give them the leading role, instead of forcing them to adapt to the items." -Borge Mogensen

Børge Mogensen and Hans J. Wegner, both born in 1914, were both colleagues and friends, and the two Danish designers worked together on a number of exhibition projects. One of them was the annual Copenhagen Cabinetmaker's Guild Exhibition in 1945, where Mogensen and Wegner designed and presented "A Home For the Future."

Borge Mogensen was one of the pioneers that created the foundation for Danish Design as a culture of furniture design. His life-long ambition was to create durable and useful furniture that would enrich people's everyday lives, and he designed functional furniture for all parts of the home and society. He found inspiration all over the world in his quest to create everyday objects that would endure for generations. Mogensen's most recognized pieces were developed during his collaboration and friendship with Fredericia CEO Andreas Graversen. Mogensen's ideal was to create furniture with a restrained aesthetic. He believed that furniture should create a sense of tranquillity and have a modest appearance that encourages people to live their lives unpretentiously.

The centerpiece of Mogensen and Wegner's stand was the living room, in which they presented a new vision for lightweight and functional furniture. Even though the Spoke-back series was acclaimed for its innovation, it was also regarded as too sophisticated for the modest post-war culture, and the Spoke-back sofa did not go into production until 1963.

The design is bare from every angle - even the cushions are attached with visible straps. The exposed wooden construction is typical for both Mogensen and Wegner, and in the Spoke-back Collection they continued their work with the Windsor chair methodology.
read more...
$12,495.00
more information