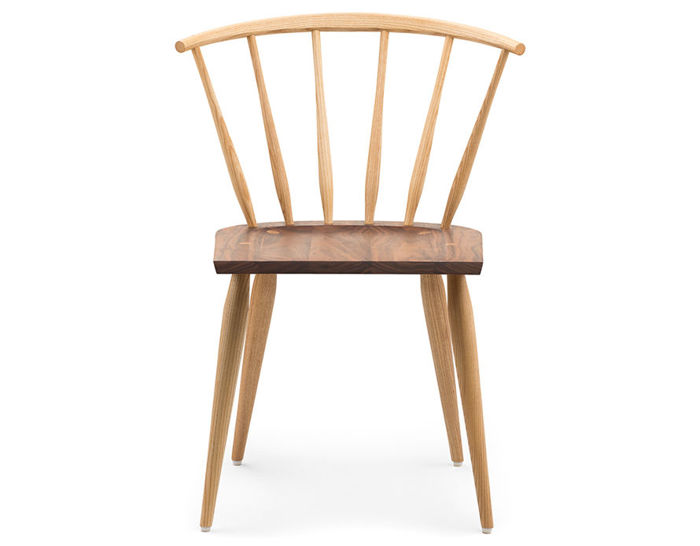 Ibstone is a Windsor chair named after a neighboring village of High Wycome in Buckinghamshire, where the Windsor chair originated. The chair uses traditional techniques in order to further the story in regards to the evolution of the English Windsor chair. The contrast of the black walnut seat on this otherwise ash chair, attractively highlights the wedge tenon detail where the leg intersects with the top of the seat. Designed by Matthew Hilton for his eponymous brand, and manufactured by De La Espada craftsmen.