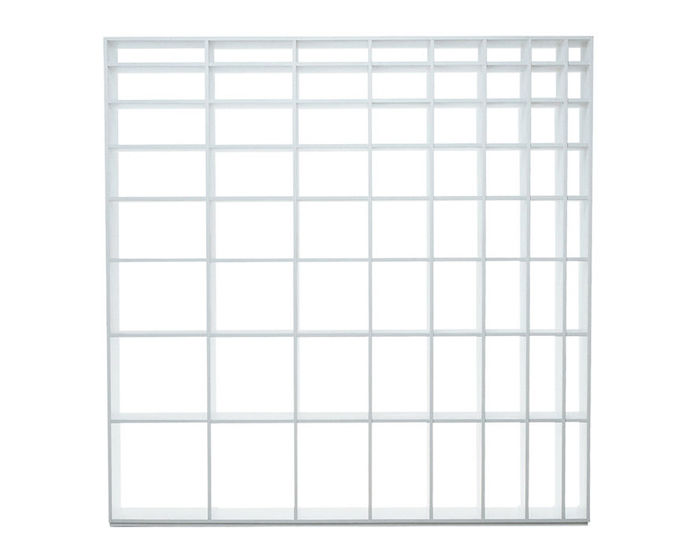 Bookshelf is a double-front bookcase composed of panels in white matte lacquer finish. All compartments differ according to dimensions.

Shiro Kuramata was a Japanese designer from 1965 when he founded the Kuramata Design Office in Tokyo until he died in 1991. Kuramata designed some of the most significant and lasting pieces ever produced. His significance in western design was shown first in Memphis, then with Cappellini in 1987. Cappellini celebrated his talent and made him its choice designer to introduce the Cappellini brand on the international stage. His work can be seen in the permanent collections of the Museum of Decorative Arts in Paris, MoMA of New York, the Metropolitan Museum and the Museum of Modern Art in Toyama.
read more...
$21,530.00
more information