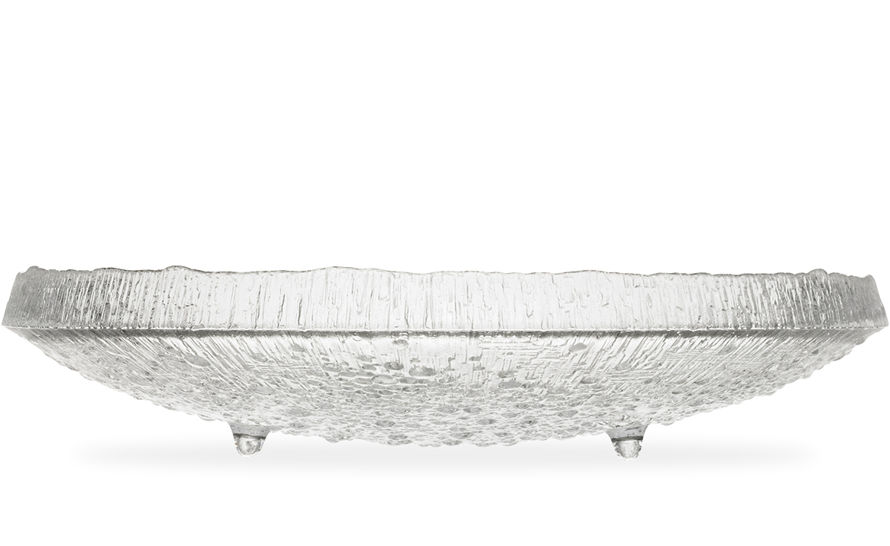 A moment frozen in time. An extensive set of glasses reflecting the thousands of hours spent perfecting the glass-blowing technique required to produce the effect. The forms imitate nature and gradually change as the molten glass burns the surface of the wooden molds.

This distinctive classic from the 1960s contributed to Iittala's international breakthrough. Ultima Thule crystallizes the distinct expressive power of Finnish glass. The collection still looks as modern today as it did them.

Born in Hanko, Finland, Tapio Wirkkala is known as the versatile genius of design. His contribution to design includes everything from glass products to the design of banknotes and graphic art. During his career, Wirkkala participated in many international exhibitions, as well as being the artistic director of the University of Arts and Design in Helsinki for many years. He has won a large number of awards, including three gold medals at the Triennale in Milan in 1951, followed by another three in 1954.
read more...
sale $160.00
more information