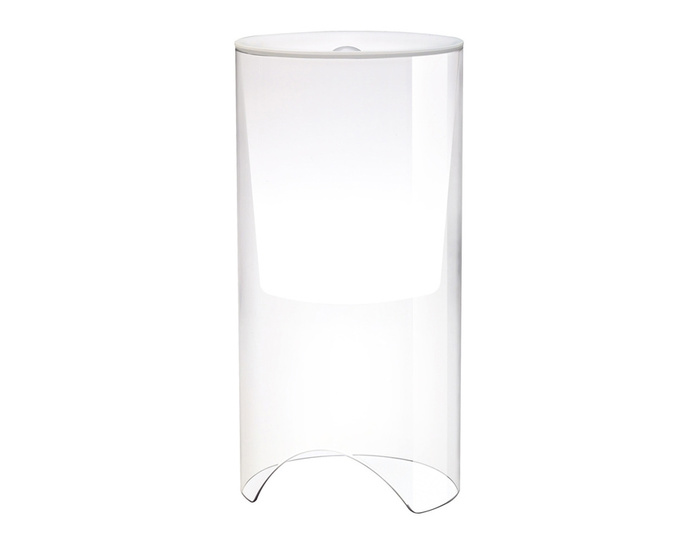 Design Achille Castiglioni, 1975
Transparent and opaline glass
Made in Italy by Flos

A clear, cylindrical glass outer, fitted with an opaline glass inner diffuser. Both pieces hand blown and made to fit using no metal connections. Archway at base is to provide your kitty with a warm resting space as well as cleaning access. On/off switch and luminocity adjustment on cord.