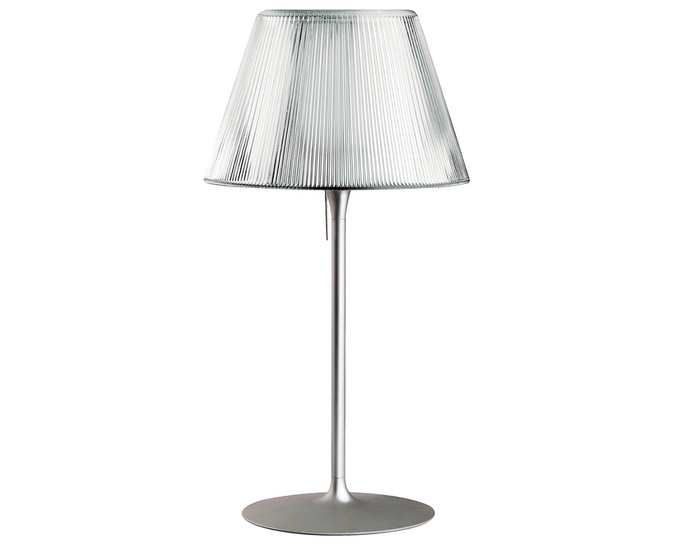 From the Romeo moon series, this classic style table lamp offers a clear ribbed glass shade and acid-etched internal diffuser with a gray painted steel stem and base, making this series a true modern classic. Also available in the larger T2 or with a plissé cloth shade, in the Romeo soft series. The Romeo collection includes pendant, floor, ceiling and wall lamps.