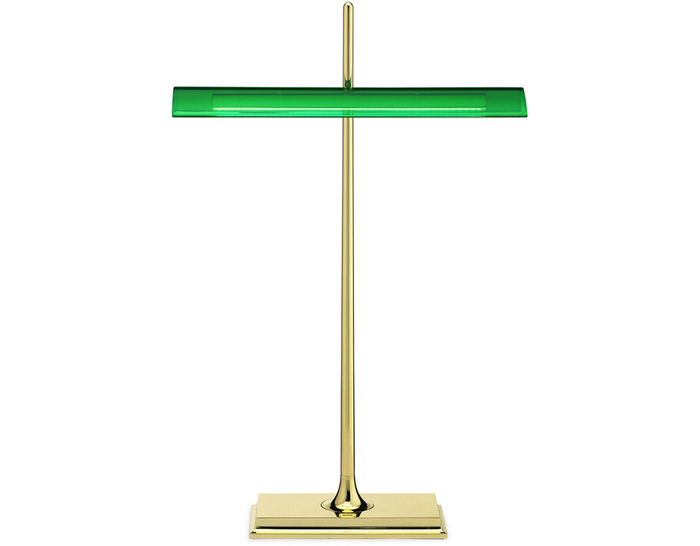 Goldman is a re-interpretation of the classic library lamp from designer Ron Gilad. It features direct LED lighting technology through a transparent smoke or transparent green methacrylate diffuser. The frame is aluminum in your choice of finish options with optical switch with dimmable "soft touch" technology on base. Touch sensor with 2-step dimmer on base. Goldman also includes a USB port, which gives you the possibly to charge your phone and other devices with your lamp.

Born in Tel-Aviv, Ron Gilad lives and works in New York City. His designs combine material wit with aesthetic play; they sit on the fat, delicious line between the abstract and the functional. His work, which vary from one-off to limited editions and production pieces, have no "expiration date" and reside in both public and private collections worldwide.