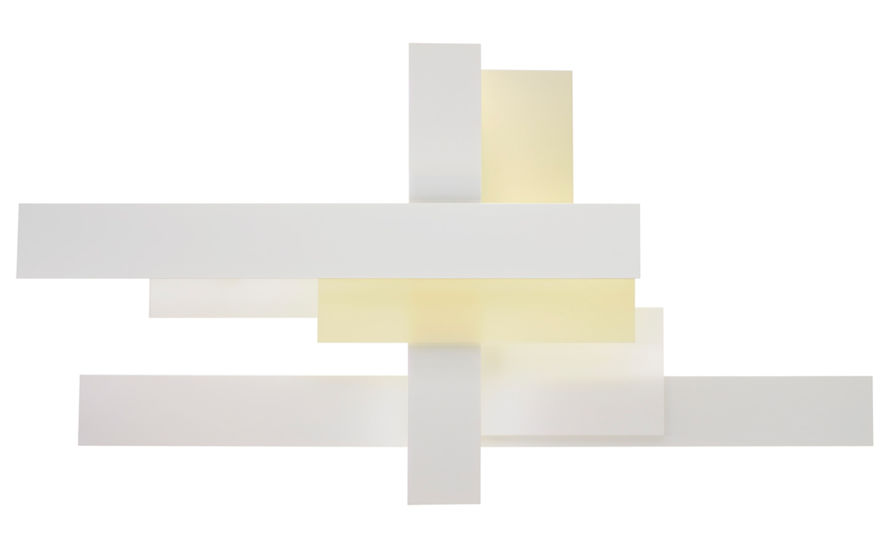 Fields is a modular wall lamp composed of methacrylic sheet and aluminum organized in three different elements that can be installed either individually or in combinations to achieve a range of decorative effects. Fields creates a diffuse and reflected light that highlights plasticity and the model's strong spatial value. A composition that provides a fascinating effect of warm, enveloping light and an absolute, linear construction that develops over various layers of crossing, overlapping planes.

The design concept originates from a suggestive and moving panoramic, almost aerial, view that pays tribute to the designer's homeland of Mancha, an area of Spain steeped in contrasts that extend over the fields as far the eye can see. These fields form the focus of Jimenez's inspiration, from which the designer gathers and summarizes its essential geometry merged with the vivid and vibrant colors of the land.

Vicente Garcia Jimenez was born in Valencia (Spain) in 1978. He graduated in industrial design at The faculty of Castellon De La Plana. In 2003 he moved to Italy where he opens his own studio in 2007.