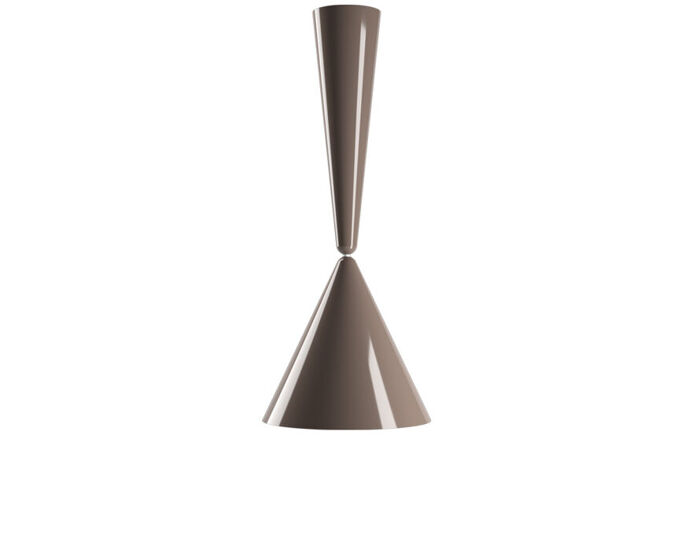 A moveable pendant light designed by Achille Castiglioni producing direct lighting, composed of a ceiling rose and diffuser. The re-edition design is made of aluminum with external paint in 3 finish options: shiny white, brown, and cherry red, while the inside of the diffuser is a glossy white finish. The diffuser may be adjustable vertically using its cable reel within the ceiling canopy.

Much like the game that inspired its name, Achille imagined a light that could move up and down via a pulley system, so that the user could adjust its height to their preference by extending or shortening the distance between the two cones. The diffuser may be moved vertically from 37" to 94" inches using the cable reel within the ceiling canopy.