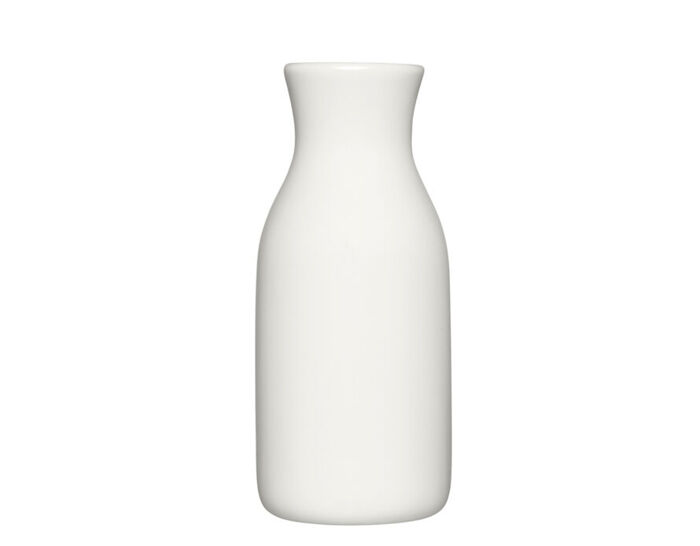 Raami ("frame" in Finnish) from legendary designer Jasper Morrison brings you quality, beauty, versatility and character. Beautiful, versatile, quality tableware all framed together by simple, thoughtful design that allows the space to create atmosphere. The Raami small white ceramic pitcher is ideal for serving milk and salad dressing. Combines easily with other Raami pieces and other Iittala dinnerware collections.