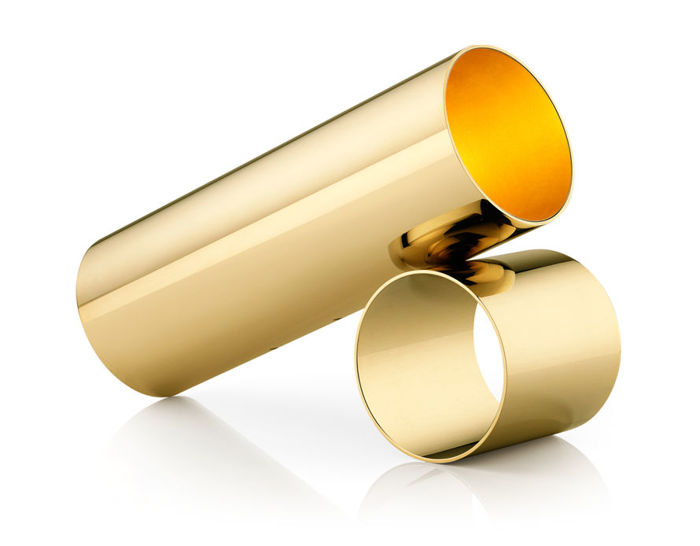 Sawaru is a new geometric fixture designed by Japanese studio Nendo for Flos. Nendo, established in 2002, is known for the exciting minimalistic products of its founder and chief designer, Oki Sato. With surprising forms and clever details, Nendo overturns a user's preconceptions about what an object should be or look like.

The Sawaru lamp is an excellent example of the studio's ability to reimagine the products around us. Sawaru is a sculptural piece that explores the concept of balance. It can be used to supplement other fixtures in a room to create a beautiful layered lighting effect. An advanced dimmer pedal on the power chord can control both light intensity and color temperature. Ideal for drawing attention to a piece of art or interior feature, the lamp's strong visual impact adds an artful, modern touch to your space.

Sawaru is a light consisting of two independent cylinders touching each other in a perpendicular direction. One plays the role as a light source, while the other acts as a base. The projection angle of the light can be altered to 3 stages: 25, 40 and 60 degrees, by inserting the pin attached to the base.

The new dimmer pedal has 2 functions - intensity regulation and color temperature regulation. The led indicators on the pedal supply information on the status of the light source. The single led takes on the same color temperature as that emitted by the bulb, while the 3 leds in decreasing size indicate the intensity. As well as the preset positions, which are taken up in sequence each time the pedal is pressed once, the ideal combination required can be selected for both functions by keeping the pedal pressed down.

Sawaru features a base and body in extruded aluminum with painted or galvanized finish. Diffuser in photo-etched injection-molded polycarbonate. Reflector in painted die-cast aluminum. Dimmer function and channel mixing via a pedal switch on the cord.