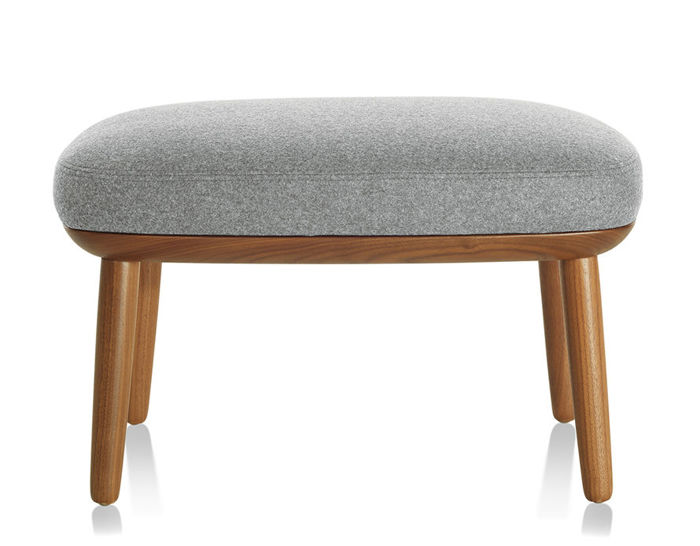 Design EOOS, 2017
Solid ash or walnut, foam & dacron, upholstery
Made in the USA by Geiger®

The Crosshatch is the very definition of versatile, traveling from home to office with ease. Lightweight and transparent the design employs both handcrafting and technology in its production, using a minimum of
materials to achieve alluringly refined results.

As a complement to the Crosshatch Lounge Chair, the Crosshatch Ottoman provides the additional measure of comfort necessary when moments of repose and reflection arise throughout the day. The ottoman shares the same refined aesthetic as the entire Crosshatch family of seating. The simple, streamlined profile features a frame available in a selection of natural woods and a cushion that can be upholstered in a wide variety of textiles.